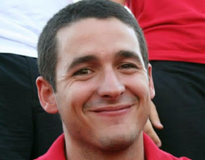 Odei Maiz was born in 1985 in Ordizia, Basque Country, Spain.

Odei completed his engineering degree in Telecommunications Engineering from the Mondragon Unibertsitatea (Arrasate, Spain) in 2007 and M.Sc. degree in Telecommunications Engineering from the Universidad del País Vasco (Bilbao, Spain) in 2010. After finishing his M.Sc. thesis entitled "Modular system for medical image viewer" at Robotiker-Tecnalia, in 2011, he joined the "eHealth and Biomedical Applications" team at Vicomtech-IK4, where he worked as a Software Developer and Research Assistant mainly on the development of an application for digital planning of treatments for dental implant surgery as well as on image analysis software for the eye fundus.

Odei joined ZMT in August 2014, to work mostly on the development of Sim4Life. Then, in October 2017, he moved to IT'IS to join the SIM-CORE development group working on the o2S2PARC project.