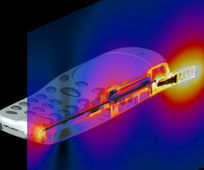 1999. The Euro currency was introduced. The Mars Polar Lander was launched. The first nonstop balloon flight around the world was completed in 20 days by Bertrand Piccard and Brian Jones. The world awaited the consequences of the Y2K bug. And the work of the Foundation for Research on Information Technologies in Society (IT’IS) began.

Nearly two decades later, the research activities of IT’IS still reflect its vision of making a tangible difference in people’s lives through the safe and beneficial application of electromagnetic (EM) energy in health and information technologies. Through unrelenting dedication and effort, undisputed, long-term, stable, and harmonized standards for wireless devices were established; both rigorous and scientifically sound procedures to demonstrate compliance, and novel and sophisticated clinical tools for the treatment of cancerous tumors were developed; and the understanding of EM-tissue interactions has been expanded. New research initiatives, the continued development of core competencies in experimental and computational electromagnetics, and expansion of expertise in biology and medical technology have allowed the Foundation to improve its research productivity and further accelerate the discovery process. 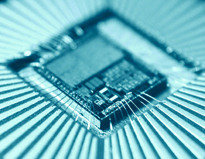 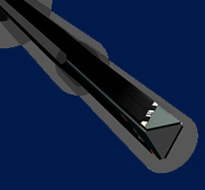 The IT’IS Foundation was founded on November 17, 1999 and established as a non-profit, independent research institute through the initiative and support of the Swiss Federal Institute of Technology (EHT) Zurich, the global wireless communication industry, and several government agencies. The aim was to create a flexible and dynamic research institution capable of addressing the research needs of society in the explosively expanding field of information technologies. In thoughtfully choosing the strategies to facilitate the Foundation’s future accomplishments, a plan was implemented to maximize impact by combining people and talent to address the needs in the field of bioelectromagnetics. The selection of both a diverse group of board members from academia, industry, and government and outstanding young scientists was critical to ensure the high quality of research, to build global alliances with the research community, and to secure sufficient funding. It was also essential to establish a clear separation between sources of funding and the results of individual research projects, to guarantee both the credibility and the longevity of the Foundation. From the beginning, IT’IS endeavored to provide a proactive, creative, and innovative research environment for the cultivation of sound science and good education. Results are widely disseminated to the scientific community and the general public through peer-reviewed journals, conference proceedings, television interviews, and white papers. 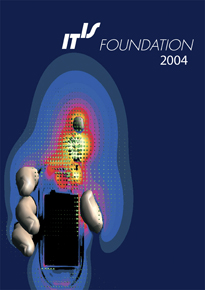 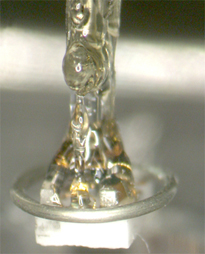 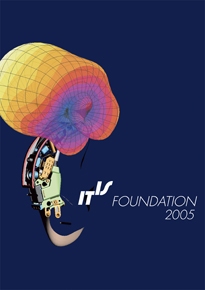 By 2005, IT’IS had become an emerging competence center in the field of bioelectromagnetics. The Foundation prides itself on being at the forefront of important trends and revelations that continue to shape bioelectromagnetic research today. Our interdisciplinary approach has allowed us to seamlessly expand our research endeavors to meet shifting research interests and to explore exciting new applications of electromagnetic fields (EMF).

Although concern about EMF exposure on human health originated decades ago, the advent of mobile phones ignited new interest among the public, industry, and government sectors to identify potential adverse effects. The limited financial and human resources and infrastructure of the Foundation in the early years imposed sharply focused and highly selective research directions. For the first four years, we maintained focus in two critical areas:

Emphasis was initially placed on developing high-quality exposure systems to investigate the effects of EMF exposure on human health in large collaborative studies, such as the EU FP5 PERFORM A and REFLEX studies and the industry-funded PERFORM B and C projects. A prior collaboration with the Sleep Laboratory of the University of Zurich on changes in sleep electroencephalograms (EEG) after radiofrequency (RF) exposure also continued at the newly opened Foundation and yielded unexpected, interesting, yet puzzling results. The REFLEX project also revealed unanticipated positive results, namely the effects of extremely low frequency (ELF) and RF exposures on gene expression stability.

The Foundation actively initiated confirmation studies on the positive ELF findings of the University of Basel. After garnering positive results, these ELF confirmation studies became part of the Swiss National Research Program NRP57 and SEAWIND, an EU-funded project of the 7th Framework Programme that commenced in December 2009 under the leadership of the IT’IS Foundation with the goal of investigating the positive RF findings. 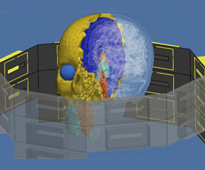 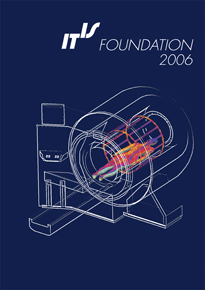 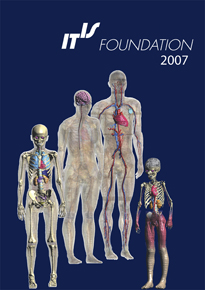 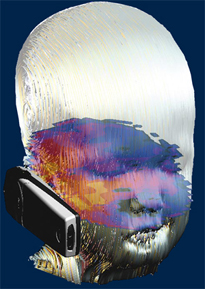 Building on our Successes

Our growing expertise and proven competencies were further recognized when the prestigious US National Institutes of Health (NIH) selected the IT’IS Foundation to develop the world’s largest facility for RF animal exposures as part of a US$ 25 million long-term study to evaluate the potential toxicity and carcinogenicity of cell phone RF signals in laboratory animals. Similarly, the Swiss National Science Foundation appointed IT’IS to develop most of the exposure systems and conduct the required exposure assessments for the NRP57 program.

The first years of the Foundation also saw the evolution of the pioneering state-of-the-art EM and thermal simulation software SEMCAD X, partly funded by projects such as TRINITY. In parallel, we began to develop the next generation of measurement instrumentation capable of full time-domain analysis. The development of research on rigorous and scientifically sound procedures to demonstrate compliance (Project CSCIENCE) and active participation in the standardization committees of CENELEC, IEEE SCC34, SCC28, and IEC106 were also central to the Foundation's activity from the beginning.

IT’IS eventually collaborated with the US Food & Drug Administration (FDA) to resolve the long-standing controversy generated by the hypothesis that children absorb greater amounts of energy from mobile phones than adults. The results of these studies, funded by government agencies, the Mobile Manufacturers Forum (MMF), and test equipment manufacturers, helped to establish the undisputed, scientifically sound and harmonized standards for wireless devices.

By 2003, our momentum was evident as we launched a new research area, Health Support Systems, to complement our two well-established research areas. As the trend towards incorporating miniaturized wireless sensors in medical and health surveillance systems increased, the Foundation capitalized on its core strengths in engineering, computational, and physical sciences. Our initial project, ULTRACOM, aimed to develop a comprehensive model for data transmission through the human body. Ambitious new projects soon followed, including HYCUNEHT, a hyperthermia treatment project to develop novel and sophisticated clinical tools, such as novel antenna array treatment planning software and image processing algorithms for the treatment of cancerous tumors. The  tools developed demonstrated proof-of-concept and are currently being applied in Phase II clinical trials for head and neck cancers. Although this new research area has had a promising start, vital projects were jeopardized mid-decade by drastic cuts in funding from industry and government for health risk assessments .

The Foundation responded by using its own funds to expand infrastructure and increase human resources while reaching out to new partners and applying for new grants. In time, our relentless efforts were rewarded as new opportunities emerged in various research areas. Stronger research ties were established with the FDA through a mutual Cooperative Research and Development Agreement (CRADA) to initiate the evolution of our 3D anatomically correct Virtual Family models. In subsequent projects, the original Virtual Family was extended to include the Virtual Classroom and an expanded patient population. These freely available models are widely used by hundreds of research groups around the world for non-commercial projects.

We also established strong ties with many prominent research laboratories in pursuit of medical technology advances and with partners at universities, start-up companies, and global corporations. Continued progress in our measurement and simulation technologies inspired our growing activities in promoting increased safety for magnetic resonance imaging (MRI), MRI-safe implants, and MRI-guided intervention. In cooperation with one of the world’s largest manufacturers of active medical implants, IT’IS began to develop rigorous and sound procedures for demonstrating compliance of active and passive medical implants with safety limits for human exposure and temperature increases within a MR environment. Our successes in medical technology research ultimately led to the formation of Zurich Med Tech (ZMT), an IT’IS Foundation spin-off, in 2006. 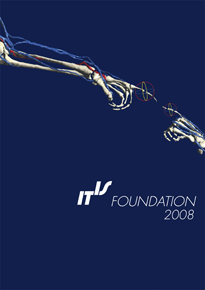 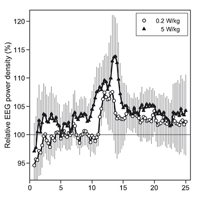 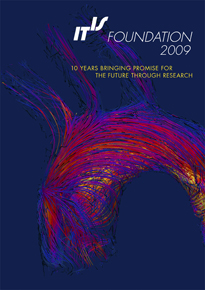 The Journey of Discovery Continues

In recent years, the Foundation has broadened its research focus by establishing a new research group, Computational Life Sciences, with the ambitious goal to become a major contributor in multiphysics, multiscale tissue modeling for applications such as the evaluation and development of novel diagnostic and therapeutic modalities. A series of finite-element-method-based solvers for flow, mechanics, and convection-diffusion reactions have already been developed. Recently approved funding will allow us to further develop advanced acoustic solvers that focus on ultrasound and EM-neuron interactions. An important milestone will be the effective integration of these solvers and tissue modeling into a coupling framework.

We simultaneously pursue our research in EM cancer treatment to improve and extend our advanced hyperthermia applicator and treatment planning technologies with the collaborative support of our current partner network. In silico models generated with our simulation tools will also enhance our understanding of cancer at a cellular and systematic level in the years to come.

By harnessing the power of our advances and expertise in electromagnetic energy delivery systems and EMF modeling, the Foundation can explore new scientific frontiers at the interface of computation, biology, physics, and engineering.

There were no guarantees that the Foundation’s efforts would have an impact. Seemingly insurmountable obstacles have been overcome, and we have survived the test of time. We welcome the associated obligations and responsibilities to continue to conduct good science, and we are committed to maintaining our status as the leading competence center in near-field instrumentation, computational electromagnetics, and bioelectromagnetic research, as well as to expanding our expertise in computational life sciences for the development of novel diagnostic and therapeutic modalities. Collectively, our research initiatives represent our commitment to making a tangible difference in people’s lives by enhancing the safety and quality of emerging electromagnetic technologies, improving the quality of life, and adding healthy life years. Our challenge in the coming years is to build on the exceptional achievements of the last decade while staying true to our enduring mission.