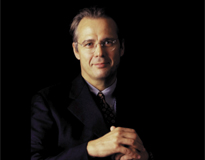 Wolfgang Fichtner received the Dipl. Ing. degree in physics and the PhD degree in electrical engineering from the Technical University of Vienna, Austria, in 1974 and 1978, respectively.

From 1979 through 1985, he worked at AT&T Bell Laboratories, Murray Hill, NJ. From 1985 to 2011 he was Professor at the Integrated Systems Laboratory at the Swiss Federal Institute of Technology (ETH) Zurich. From October 1999 to October 2004, he acted as Chairman of the Electrical Engineering Department at ETH Zurich.