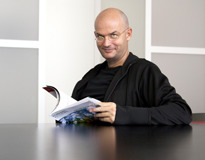 Prof. Kuster is since 1999 the founding Director of the Foundation for Research on Information Technologies in Society (IT’IS), Switzerland and has also served as the President of IT’IS USA since its inception in 2010.

During his career, he has held invited professorships at the Electromagnetics Laboratory of Motorola, Inc, Florida, in 1992, and at the Metropolitan University in Tokyo, Japan, in 1998.

Prof. Kuster founded several spin-off companies with the objective to convert the most promising research results into high-quality commercial technologies, products, and services, and to provide researchers with a platform for innovative and productive research to develop and commercially exploit their knowledge:

Niels has published over 200 peer-reviewed publications on measurement techniques, computational electromagnetics, dosimetry, exposure assessments, and bioexperimentation. He is a member of several standardization bodies and serves as a consultant on the safety of mobile communications for government agencies around the globe. He is a Fellow of the IEEE Society, a delegate of the Swiss Academy of Sciences, a senior member of IEICE, and an associate editor of IEEE Transactions on Electromagnetic Compatibility. He served as the president of the Biolectromagnetics Society from 2008 – 2009 and has been a member of various editorial boards. In 2012, he received the prestigious d'Arsonval Award, the highest scientific honor of the Bioelectromagnetics Society.