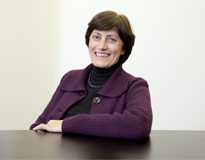 Mirjana Moser received her PhD in elementary particle physics from the University of Zagreb in 1983.

In the first part of her career she worked in the domain of nuclear and particle physics in different research institutions in Europe: Rudjer Boskovic Institute in Zagreb, Croatia; Catholic University in Louvain la Neuve, Belgium; Max Planck Institute for Physics (Werner Heisenberg Institute) in Munich, Germany; and the European Center for Nuclear Research (CERN) in Geneva, Switzerland.

Later on she settled in Switzerland where her research and work domain shifted towards radiation. Currently she is Deputy Head of the Radiation Protection Division and Head of the Section “Nonionizing Radiation and Dosimetry” at the Federal Office of Public Health in Bern, Switzerland.

Her focus of interest lies on health effects of radiation (ionizing as well as non-ionizing) particularly involving: dosimetry, exposure assessment, epidemiology, general risk assessment, evaluation, risk management, public information and legislation. She is a member of various national and international experts- and advisory groups. She is Vice-Chair of the European COST Action BM0704 “Emerging Technologies and Health Risk Management,” a member of the International Advisory Committee (IAC) of the WHO-EMF Project, a former member of the Nonionizing Radiation Group of the German Radiation Protection Commission (SSK).