On 30 – 31 January 2017, twenty-five Zurich43 associates and three IT'IS Foundation board members gathered in the historic Hotel Pilatus-Kulm high above Luzern for their annual retreat. This year, the goal was to discuss different ways of communication across various target groups, channels, and markets, both within Zurich43 and externally.

The two days were packed with presentations and targeted breakout sessions, stimulating diverse and extensive discussions in the smaller groups and also in the plenum.  The retreat assignments had been distributed more than a month before. Reviews of eight books – including Dale Carnegie's classic "How to Win Friends & Influence People" and "Einfall oder Abfall: Was Werbung warum erfolgreicher macht" by Jean E. Aebi – as well as results of internet searches were presented by several of the participants, providing food for thought over a very broad range of topics. It was a very successful meeting that resulted in concrete measures for addressing future communication needs and optimizing the effectiveness of the meeting culture before the group descended to Luzern by gondola lift for the return to Zurich. 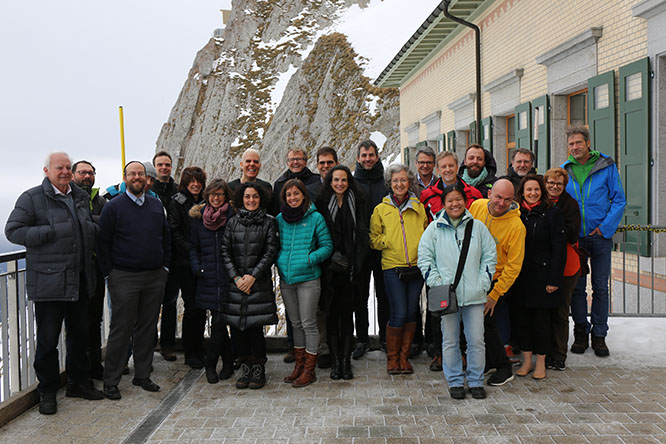 Participants of the Zurich43 Retreat 2017 in front of the Hotel Pilatus-Kulm, Luzern.